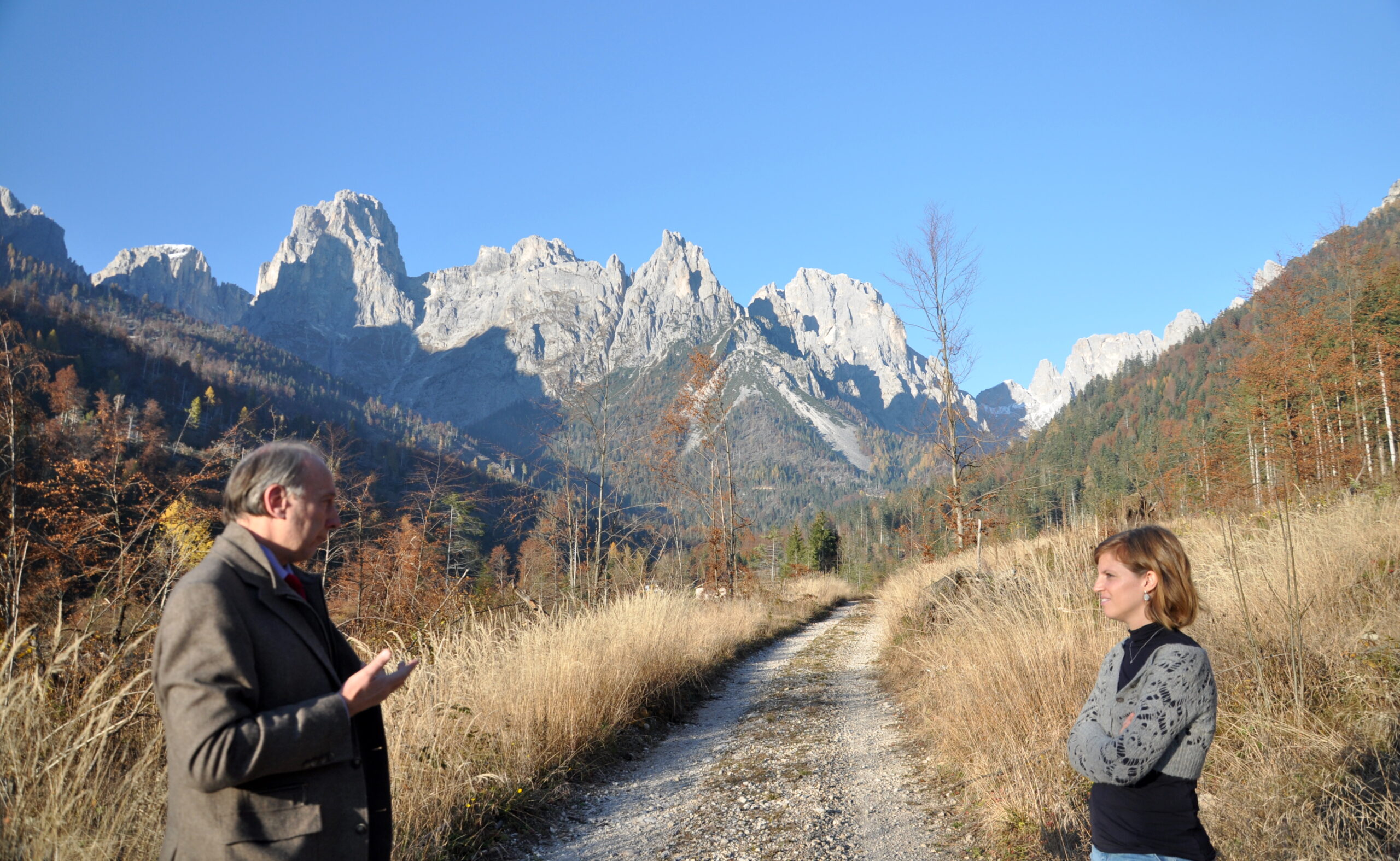 At the end of October 2018, Vaia,an intense storm which brought severe conditions to Northern Italy, destroyed part of the forest located in Val Canali (Primiero) and belonging to Count Georg Thun.

“In this sector, Vaia destroyed approximately 10 hectares of wooden land. Being the area completely surrounded by meadows, the idea of converting the smashed area into a meadowland seemed quite logical”. These are the words of Mr. Thun, explaining to us how the idea of transforming the forest into a pasture field was born.

“The idea arose during a meeting between Trentino’s private forest owners and the Forest and Wildlife Service of the Autonomous Province of Trento. One of the managers, jokingly, told me, ‘I know the area very well, reforesting is not worth it.. Make a grassland!’ I immediately thought that was a good solution. I made contact with the farmers who manage the surrounding pasture meadows and since they were very interested in the possibility of grassland expansions, we started the bureaucratic procedures”. 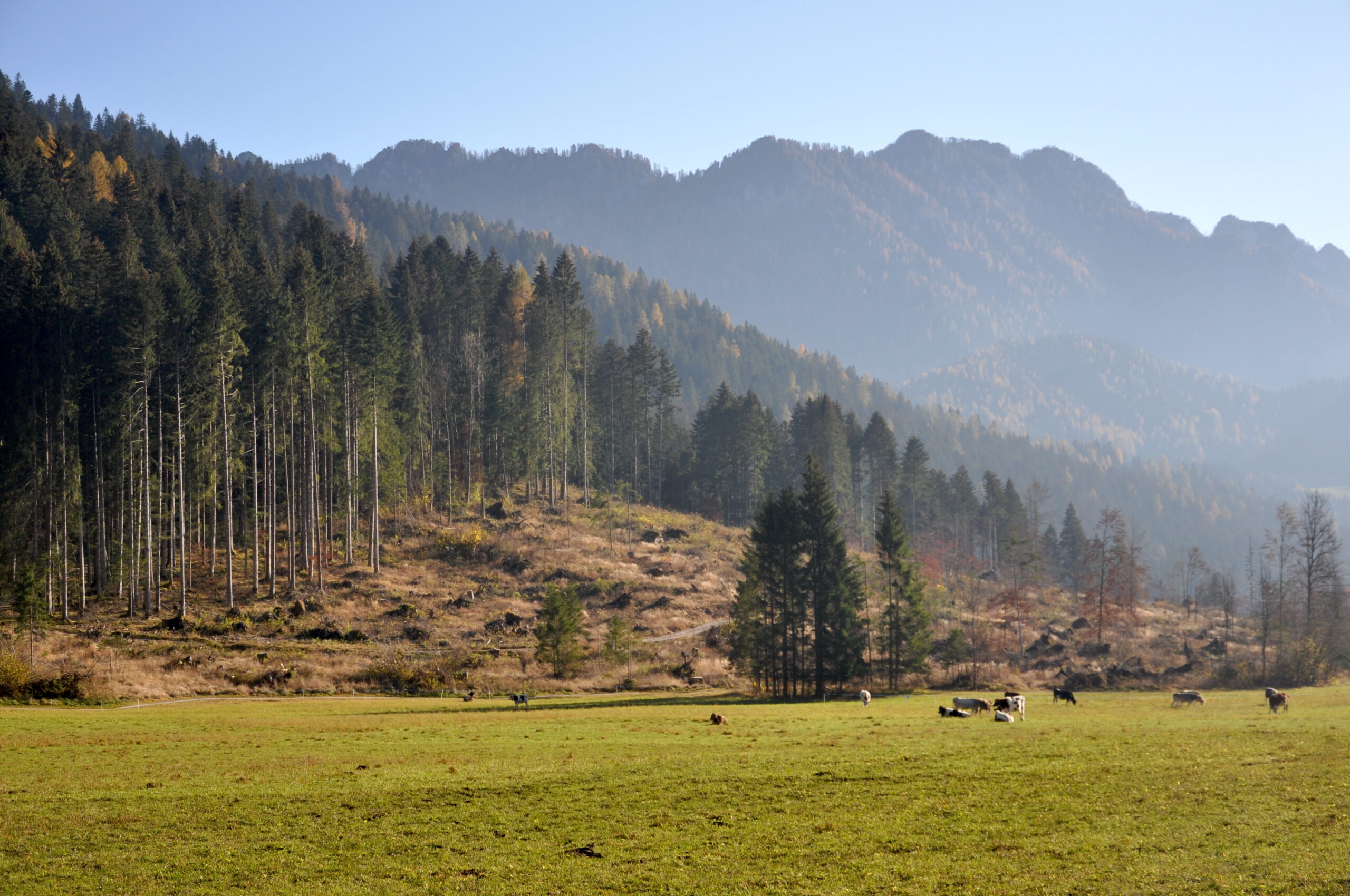 “Planting other trees in this area”, Mr. Thun continues, “would still have been too risky and the possibility of another Vaia destroying all the work carried out remained very high”.

According to both Georg Thun and the technicians of the Forest Service, among the regions affected by Vaia, Primiero remains one of the most suitable for a change of crop. So, it began.

In the words of Mr. Thun, several bureaucratic problems arose along the way and after two long and troubled years, the green light on the project was only given in early October 2020. Nevertheless, he experienced a good relationship with the Forest District of Primiero, which provided technical support demonstrating availability, expertise, and personal devotion of its officers. All these qualities make the difference in the relationship with public administration.

Without receiving any kind of public funding for technical intervention for the conversion of forests to pasture lands, except for the arrangement of forest roads within the property simply to reach easily fallen trees and collect wood for the sale, Mr. Thun decided to merely rely on the Local Action Group of Eastern Trentino (LAG) financing. LAGs are associations which involve public, private, and civil-society stakeholders in a particular area, recognised by the European Commission as valid instruments to support LEADER measures in the realm of the Rural Development Plan 2014-2020. Within the different services, LAGs offer support for the application for funding for young farmers: “We thought of stipulating long-term contracts with young farmers who can be covered by this loan”, Georg Thun stated.  “Personally, I have no economic feedback, because the income provided by renting the property doesn’t compensate for the initial investment required by the intervention, but the local community benefits greatly from that”. In fact, the restoration of open areas in mountain communities has multiple positive effects such as conservation of the traditional alpine landscape, support for rural activities, increase of touristic attractiveness of the territory, favouring biodiversity preservation, etc. 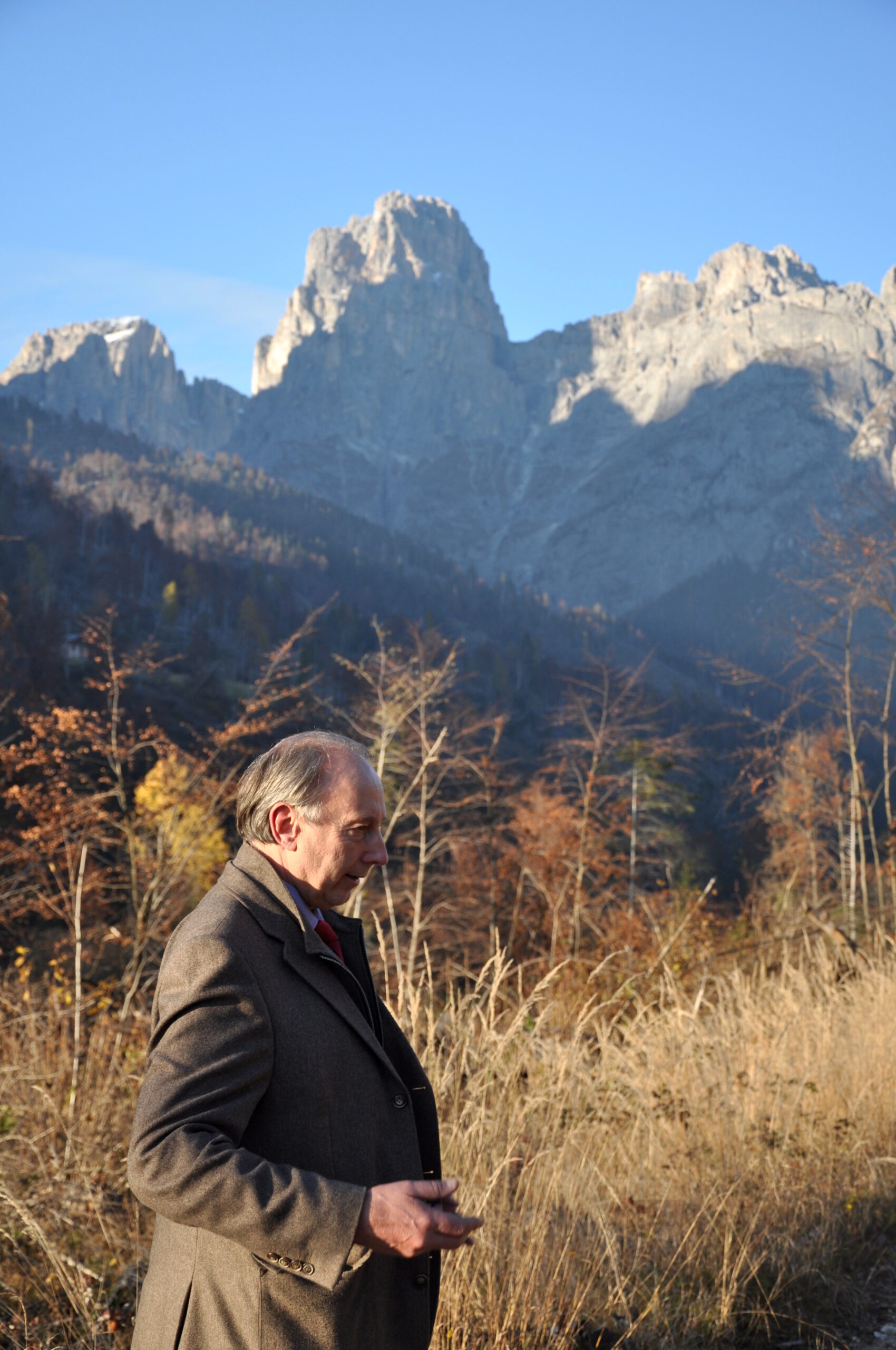 Forest ecosystem services are various and, in recent years, the attention to the multifunctionality of the forest has grown. Wood to produce materials and energy is not the only resource that the forest provides. Nevertheless, biomass is certainly the only source of income for private owners in Trentino. The income generated from permits for hunt and mushroom collection are within the jurisdiction of hunters association and municipalities. In addition, forest roads within Mr. Thun’s property are freely accessible to visitors and the local community for recreation and sport activities, but this service is not economically recognised by the public institutions. In the same way, there is no economic evaluation of the carbon sequestration that his forests provide to the region. “Moreover, I foresee an uncertain future for the wood market, due to climate change impacts, which will increase the frequency of extreme events like Vaia”, stated Mr. Thun. This illustrates yet another reason to foster the identification and implementation of strategies for the economic evaluation of forest ecosystem services, aside from biomass provision. This could represent an additional untapped method for supporting private forest owners in sustainable forest management and mountain communities’ permanence.

But how will the non-obvious benefits such as climate change mitigation or biodiversity protection be asserted in the future? According to Mr. Thun, in order to address the issue, numerous aspects will have to be considered. Among these it is very important to examine which species to plant in anticipation of the climate changes that will occur. This will be the forestry challenge for the next 10-15 years and relying upon this is the survival of rural mountain areas.

Dr. Alessia Cornella – Student of European and International Studies at the University of Trento

PAT – Forest and Wildlife Service of the Autonomous Province of Trento

PAT – Forest and Wildlife Service of the Autonomous Province of Trento